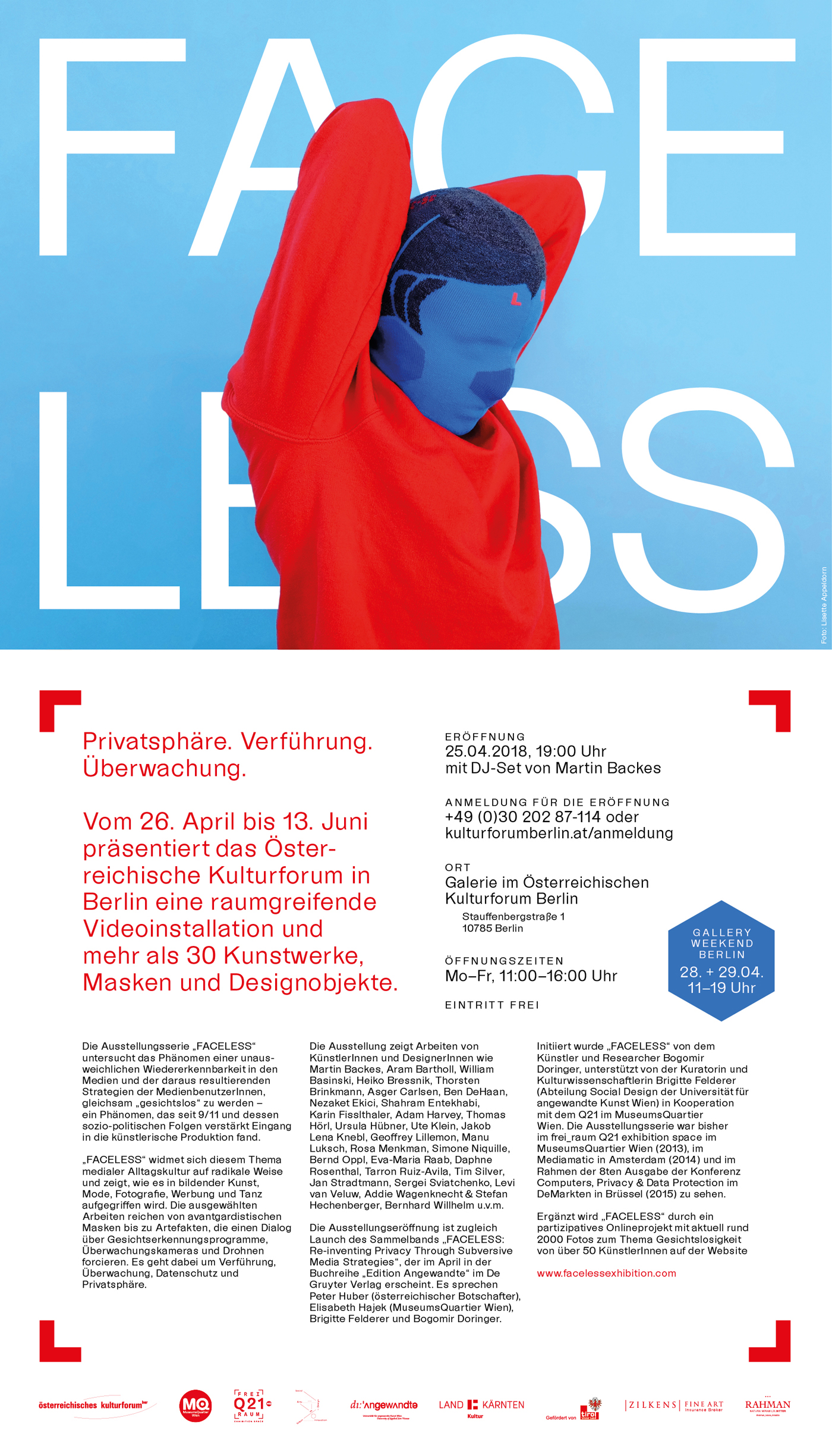 Finally, the FACELESS exhibition comes to Berlin as part of Gallery Weekend Berlin. Once again my work Pixelhead will be part of the exhibition and I will also be DJing at the opening party.

From 26 April until 13 June 2018 an extensive video installation in combination with framed works, masks and objects from the exhibition series “FACELESS” will be presented at the Gallery of the Austrian Cultural Forum Berlin. More than 30 works will be converted into digital format by various software and face-swapping apps, showing an apparent trend in art, fashion and the media since the turn of the century.

The exhibition series “FACELESS” explores the phenomenon of inescapable recognizability in the media and the resulting strategies of media users to become virtually faceless – a phenomenon that has become increasingly common in artistic practice after 9/11 and its socio-political consequences.

“FACELESS” takes a radical look at this fairly recent phenomenon of everyday media culture and shows how it manifests in visual art, fashion, photography, advertising and dance. The works on show range from avant-garde masks to pieces that force open a dialogue with facial recognition software, surveillance cameras and drones. Themes included are seduction, surveillance and privacy.

“FACELESS” has been organized by the artist and researcher Bogomir Doringer, supported by the curator and cultural studies scholar Brigitte Felderer (Department of Social Design / University of Applied Arts Vienna) in collaboration with Q21 at MQ – MuseumsQuartier Wien.

The exhibition series has been shown at the frei_raum Q21 exhibition space in the MuseumsQuartier Wien (2013), Stichting Mediamatic in Amsterdam (2014), and at De Markten, Brussels, as part of the 8th Computers, Privacy & Data Protection Conference.

“FACELESS” additionally features around 2000 photos on the theme of facelessness contributed by visitors to the website www.facelessexhibition.com.