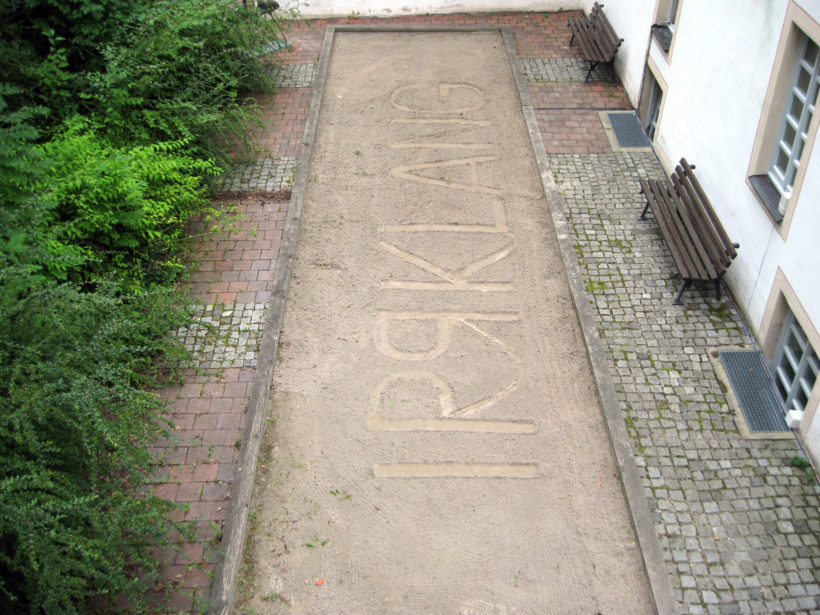 I exhibited a new site specific sound installation for public space called “Irklang” at the Artsummer Schwaben 09, Kloster Irsee, Germany. Above are some photos about the work (setup, recording sessions and opening) and the place itself called Abbey Irsee.

The aim of this work was to create an surreal acoustic collage of the place together with other artists in form of sound art. The sonic elements of the place were very individual, but together they formed a new (acoustic) image like a puzzle. 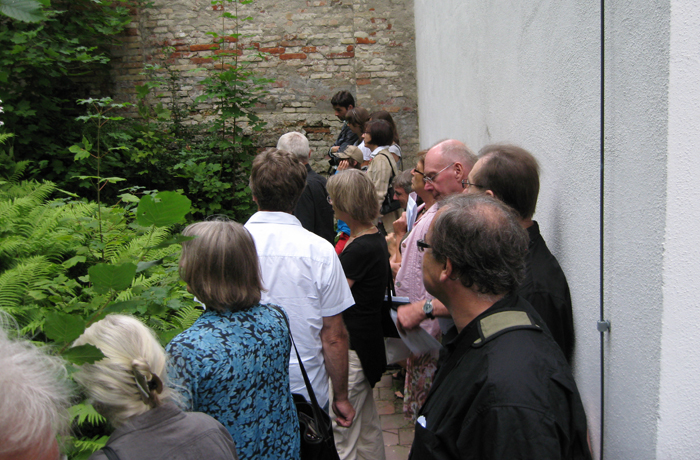 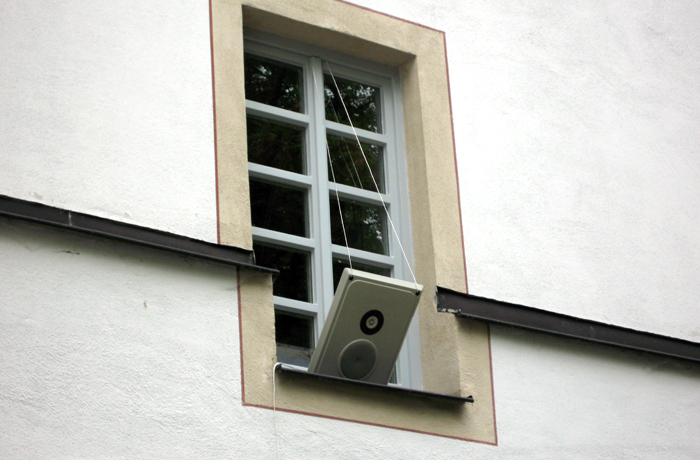 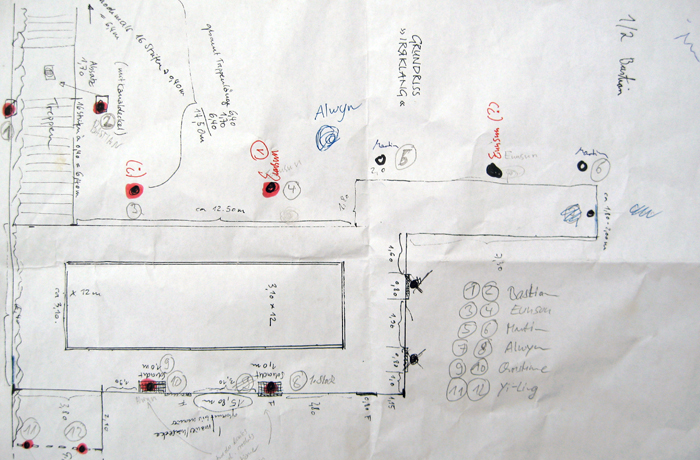 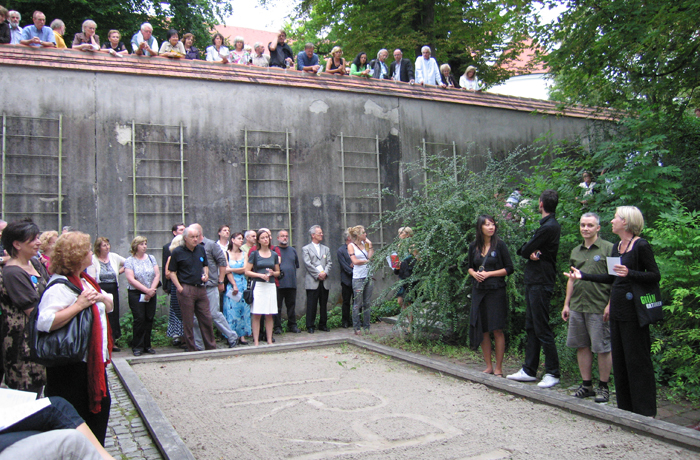 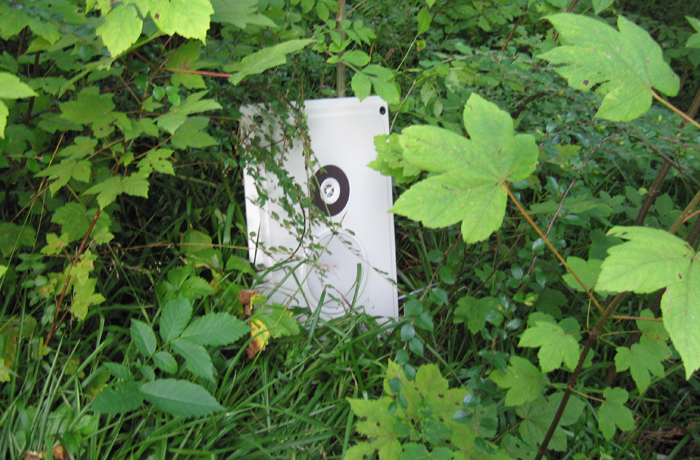 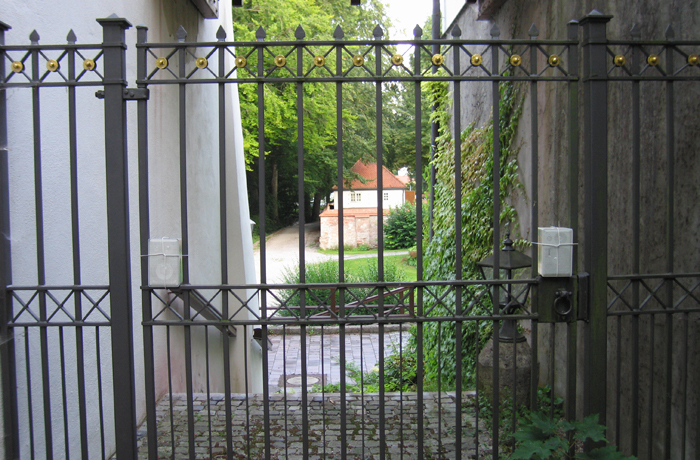 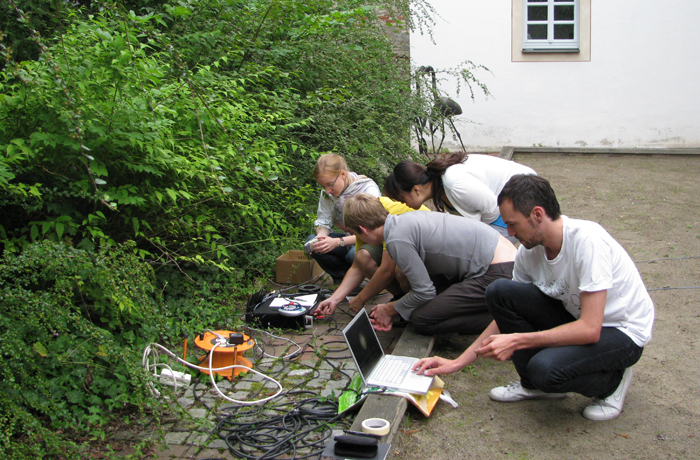 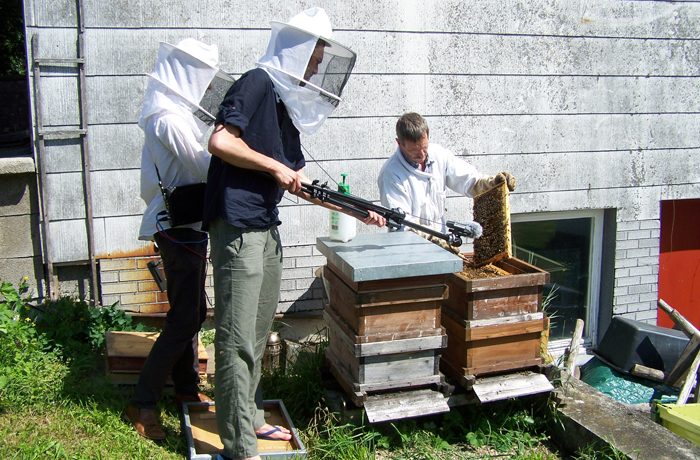 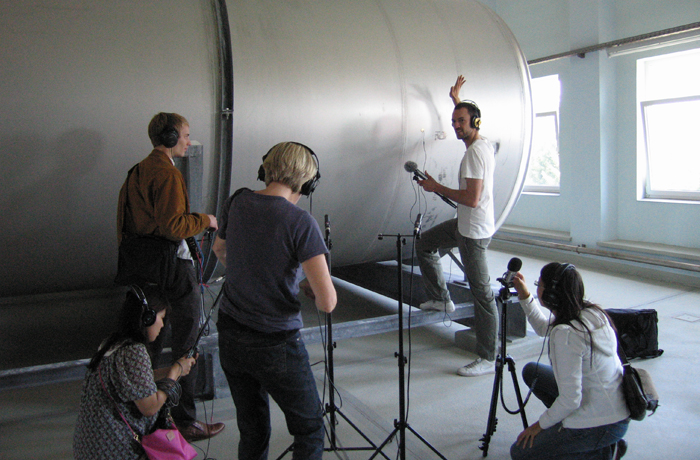 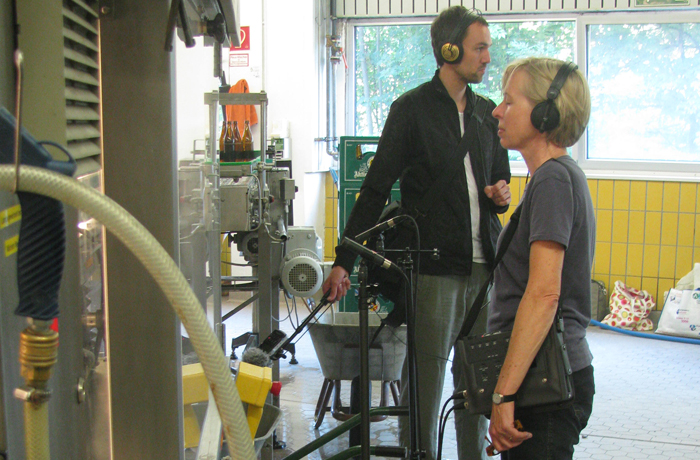 For this work I recorded a lot of sounds around Abbey Irsee. Below you will find some examples I worked with. For the final result all sounds are further processed and composed in order to form this new mentioned (acoustic) image.

Electric generator improvisation recorded deep in the mountain of an old brewery in bavaria. There we discovered a big hall (which was about 40 meters deep underground) with some great reverbation. In the moment we wanted to record some stuff there an electric generator started abruptly and we didn`t know what to do. So we decided to improvise to the tone of the generator. I also added some doppler effects to give the whole improvisation a kind of interesting movement.

Electromagnetic Fields recorded in a bavarian brewery. I used a special microphone built by myself which transforms electromagnetic fields into audible frequencies. Here you can listen to different sounds of computers and machines which I found in the brewery.

Bees extreme close up recording. Here I recorded a beeshive with a stereo mic set up which was pretty interesting to me. You can hear a lot of bees sitting in the front of their hive trying to get enough fresh air into it…….like little fan machines.

Concert warm-up soundscape recorded during the warm-up session with lots of singers, dancers and musicians. Call me crazy but this part of the concert was much more interesting to me than the concert itself.

Diner recorded at a hotel with lots of people having diner and talking about…..don`t know. Just try to listen!

Inside the machines I recorded at a carpenter`s shop. What you will hear is the switch-on and switch-off sequence of one of the machines there with some kind of crescendo and tonal change.

Adhesive foil extreme close up recording. Through the short distance of the microphones it sounds very similar to a campfire.

“Fountain” is what it says. I found this this very interesting fountain in a small village in Swabia. It sounded very interesting to me – somewhere between bubbling, gurgling and whooshing in the midst of a gap which gives the whole audio file some strange reverberation.

Made possible by grants from: Schwabenakademie Irsee and University of Augsburg