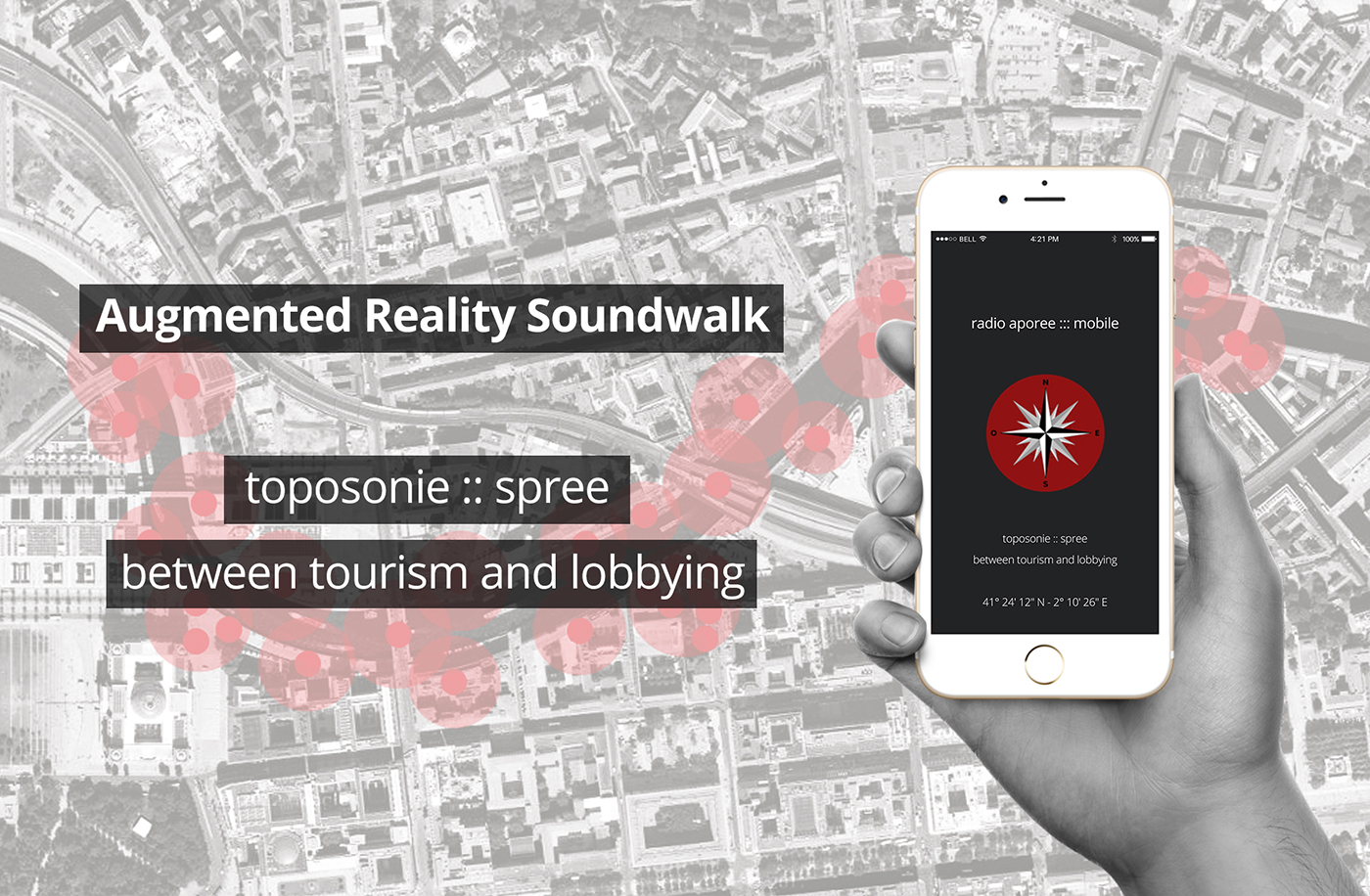 I cooperated with Georg Klein for the work ’toposonie : : spree’ – a participatory soundwalk along the river Spree in Berlin-Mitte.

toposonie :: spree – between tourism and lobbying

toposonie :: spree is a soundwalk,
you can experience independently,
with a smartphone app and headphones,
at any time,
as long as you like,
in summer and winter.

The soundwalk leads you along the river Spree,
between Bode Museum and Federal Press Office,
across Friedrichstrasse through the government district,
connected by six bridge sounds,
with sound fields and invisible voices,
an aural look behind the facade of a world between tourism and lobbying,
to appear as a second reality.

The project toposonie::spree consists of a sound walk with new technology: a smartphone application (app), with which sounds are played back depending on the position within the urban space and can be listened to with headphones. In contrast to an audio guide with a fixed route and duration, it is possible for the listener to move about freely within the area at his own pace. By means of GPS, sounds are precisely attuned to the location of the listener. Thus, it is also possible to start at any point within the area of the sound course on the banks of the Spree. Please note, in order to experience the soundwalk, you will need a smartphone (GPS tracking), earphones and the free app ’Radio Aporee’ (Android / iOS).

How to start your sound walk:

Listen to the Audio and see the Map at aporee.org